Here is my list, collected from blunders on Twitter, where “Ciarán Hinds” is often confused with some other actor (I exclude the benighted Ebay seller who confused CH with “Cindy Hinds” in his description of David Cronenberg’s The Brood. Thank heavens Himself was not in that film, because then I’d have to watch it).

This post gives me a chance to show lots of photos of Beautiful Men. Which makes me very happy indeed. But first let’s get a clear idea of what Ciarán Hinds actually looks like.

In “The Sea” (2013). Screencaps by Linnet. Click photos for the corresponding movie pages on ciaranhinds.eu.

Ah, that was gooooood, wasn’t it? Now here are the “lookalikes.” What do you think?

Ian McShane. He’s ruggedly handsome with a bad-guy vibe. So yes, I can see the affinity!

In his younger days. Hello gorgeous! Click for source. 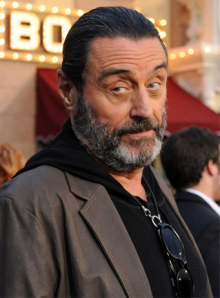 Alfred Molina. OK. Maybe I can see this. They are the same age. Molina’s a Londoner with a varied stage and film career. And has lovely dark eyes and good hair. The person who confused them thought that Mr. H. played Doc Ock in Spiderman, an error I have noticed more than once. 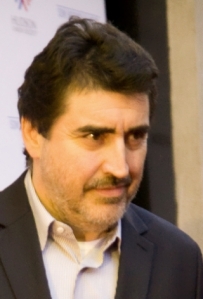 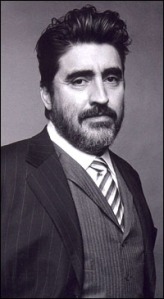 Gorgeous photo of Molina in 2007. Click for source (Playbill).

Oliver Platt. No, no, no! Whoever said this deserves to be keelhauled, tarred and feathered, and sent to bed with no pudding.

He’s a great actor, but…. NO! Click for source.

Stephen Fry. I adore Stephen Fry, but you’ve got to be kidding me. Maybe some casting director will confuse the two and cast Mr. H. in a new series of Jeeves and Wooster? Not. Which brings me to a related point. For any American journalists out there: Stephen Fry is about as English as they come. Ciarán Hinds isn’t English, and he’s not a “British actor.” He’s Irish. 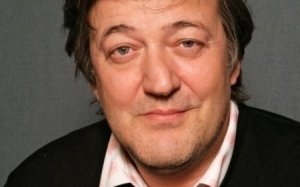 The Darling Man. Hmmm, they do both have crooked noses! Click for source.

And last but not least, Alan Rickman. Both are sexy, and they both have voices that can melt the knickers off any heterosexual female, but otherwise, I really don’t get it. Rickman is great, but to me he gives off a completely different vibe.

Best role: not Colonel Brandon, but the sexy villain Hans Gruber! OK, I just figured out another point of resemblance.

On Twitter, people are forever saying “So-and-so looks exactly like Ciarán Hinds!” A few of these really hit the mark. Others not so much.

This picture of Baltimore Ravens owner Steve Bisciotti definitely has something about it. It’s the eyes and the high cheekbones, I think. But in other photos, the resemblance is far less apparent. 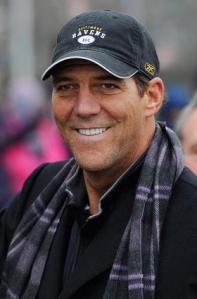 One of my favorite “lookalikes,” Elrond from Ralph Bakshi’s 1978 animated version of Lord of the Rings.

He has the look of Caesar about him…

Someone tweeted that Himself looks just like Swedish sports reporter Daniel Sjoberg. I don’t think so.

Another tweet, this time comparing him to Spanish actor Hector Colomé. I don’t agree, but for your pleasure I have added a lovely picture of Hector. 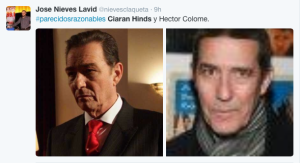 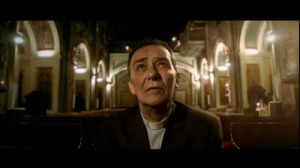 From the horror film “The Haunting.” In this pic, I can almost see it! Click for source.

Here’s one that gave me a laugh. Himself is said to bear a striking resemblance to “doom metal” guitarist Matt Pike. Actually, he does have a habit of tilting his head back like that. 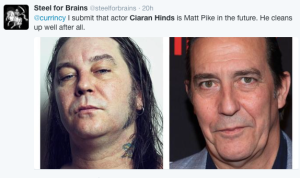 And then there’s Sam the Eagle of Muppets fame, with his downturned mouth: 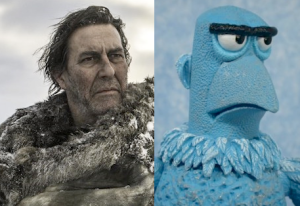 Here is my own contribution. I’d like to bring these Twins back to the Mansion for a Manwich, heh, heh. 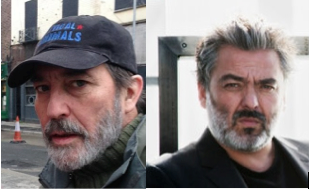 I saved the best for last. There is quite an extraordinary resemblance to football player Gianluigi Buffon, especially from this angle. 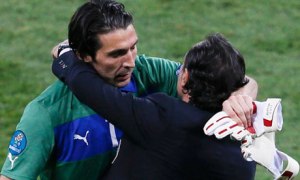