Usually I try not to give in to Internet memes or anything that might be described as “viral.” 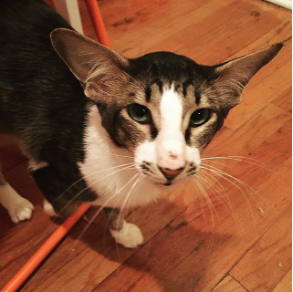 Kylo Ren. Isn’t he the BEST. Clearly he was also the inspiration for Ren’s ship in the movie. Click for his story.

But I freely confess that I am not immune to the Adam Driver cat. Especially not after (finally) seeing Adam Driver as Kylo Ren in the new Star Wars movie. I felt an overwhelming sense of relief that the movie is actually good. Sorry George Lucas, but the last three movies were the worst-written, worst-directed pieces of shite I could possibly have imagined. And this is someone who LOVES Star Wars talking. I saw the original when I was twelve. When the giant spaceship loomed overhead in the first scene, I instinctively ducked! I was in love with Han Solo! I bought a vinyl record of the John Williams soundtrack, with the dorky music from the canteen! I stood in line for hours in the mall to see The Empire Strikes Back!

Thank gods they stripped George Lucas of creative control this time around. How could such a storytelling genius completely lose his mojo? Is it the result of too much success, of being in a bubble where nobody has the courage to tell you that you’re headed for crapville?

In any case, I loved the movie. And I adored the actor who looks like that cat named Kylo Ren. 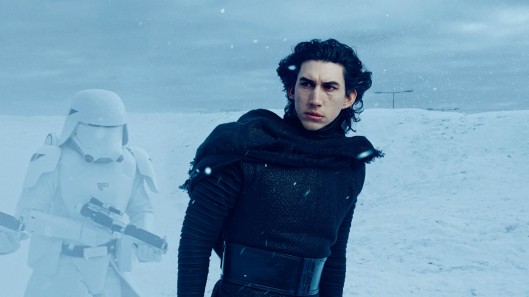 Mmmmmm, I do love a sexy villain.