In favor of Claudius, the sinister, archetypal wicked uncle of Hamlet, it has to be stated that he is good in bed. That, at least, is Hamlet’s dark suspicion: his mother found Claudius so irresistible that she dived into the conjugal sack with him immediately after the demise of Hamlet Senior. The funeral baked meats may have coldly furnished forth the marriage tables, but the marriage bed, it seems, was hot.

This painting by Rubens (1615) features a grinning, mischievous satyr with luscious ripe fruit on his mind.

Hamlet dilates further on this favorite topic in his famous soliloquy, “Oh that this too too solid flesh would melt”:

That it should come to this.
But two months dead—nay, not so much, not two.
So excellent a king, that was to this
Hyperion to a satyr. So loving to my mother
That he might not beteem the winds of heaven
Visit her face too roughly.

So solicitous was the elder Hamlet of his chaste, virtuous wife, one gathers, that he would never dream of troubling her with his more wolfish desires. In Hamlet’s mind, of course, the pertinent animal is the goat. Let us pause for a look at a real Greek satyr and his most salient characteristic.

Like Hamlet’s caricature of Claudius, satyrs were noted for sexual shenanigans and very heavy drinking. An interesting combination, isn’t it?

The word “satyr” is a hapax legomenon in Shakespeare, meaning he uses it only once. That sounds significant at first, but the Bard’s diction was so varied and rich that up to 45% of his words are hapaxes (depending on how one defines the term). By comparison, you hit a hapax in the Iliad about every nine verses, not nearly so often.*

Still, Shakespeare employs Greek myths frequently enough that the single use of “satyr” seems distinctive. Hamlet twice refers to Hamlet Senior as “Hyperion,” the Titan god of sunlight. In the bedroom confrontation in Act 3, he points to his father’s picture, forcing Gertrude to compare “Hyperion” with the “mildew’d ear” Claudius. One is fair and handsome, the other– to Hamlet’s eye– hideously ugly. Like a jealous lover, Hamlet feverishly imagines Claudius caressing Gertrude in bed:

Let [not] the bloat king tempt you again to bed,
Pinch wanton on your cheek, call you his mouse,
And let him, for a pair of reechy kisses
Or paddling in your neck with his damned fingers,
Make you to ravel all this matter out:
That I essentially am not in madness
But mad in craft.

The irony is that nobody in the play speaks more crudely and obscenely than Hamlet himself. But what of Gertrude? Is she truly in love with Claudius? Opinions about her motivations and loyalties vary widely. Yet when Hamlet speaks abusively to her, she cries, “Thou hast cleft my heart in twain!” She is being forced to choose between the two people she most loves, her son and her husband. Although she is deeply loyal to Hamlet, a telling moment occurs when Claudius is confronted by a hostile young Laertes, angry at the death of his father Polonius.

Laertes (having forced his way in): Where’s my father?
Claudius: Dead.
Gertrude: But not by him!

Eager to protect her husband, Gertrude defends him by implicitly pointing to the real killer, Hamlet. So yes, there’s something about Claudius…

Let’s look at the actors who have essayed the role, starting with the Laurence Olivier version of 1948. With his arched eyebrows, Basil Sydney made a very satyr-like Claudius. 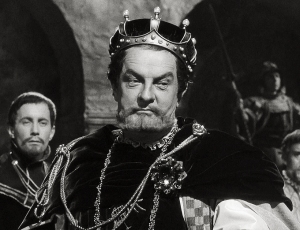 Olivier’s production heavily emphasized the Oedipal aspects of the plot. Eileen Herlie, who played Gertrude, was 28 years old, and Olivier, her “son,” was 40 at the time of filming.

Peter O’Toole and Richard Burton both played Hamlet in the early 60s. O’Toole’s rapturously received 1963 production at the Old Vic was directed by Olivier without cuts and included a young Michael Gambon as “spear-carrier.” Claudius was played by stage legend Michael Redgrave, who had already portrayed both Laertes and Hamlet.

I couldn’t find a photo of Redgrave as Claudius, but here he is with a bit of age on him… he must have been a very charismatic Claudius!

John Gielgud directed the version with Richard Burton as Hamlet (1964). Claudius was played by Alfred Drake, whose performance was criticized even though the play was a smash hit. Eileen Herlie took the role of Gertrude again (she was now 44, while Burton was 39), and Hume Cronyn made a notable Polonius. Gielgud voiced the Ghost, who was projected as a shadow against the wall. 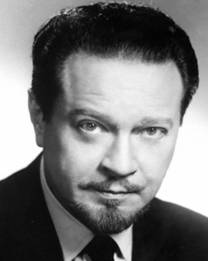 Alfred Drake with a Claudian mustache and beard.

The cast recording of the Gielgud-Burton “Hamlet.”

After these Titanic performances, the seventies were dry years for Hamlet. 1980 finally saw a BBC television version with Derek Jacobi as the prince and none other than the glorious Patrick Stewart as the satyr. Talk about a sexy Claudius! 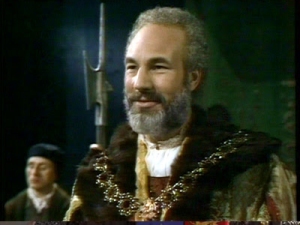 Stewart’s Claudius in the 1980 version. He looks like Sejanus with a beard!!

Stewart went on to play Claudius again opposite David Tennant in the 2008 RSC production.

A meme on Stewart as Claudius, offered by a TNG fan.

In 1989, Hamlet was played by Ian Charleson in Richard Eyre’s production at the National. Charleson, best known for Chariots of Fire, took over when Daniel Day-Lewis dropped the role. Sadly, Charleson died of AIDS at the age of 40, and Hamlet was his last role. Ian McKellen described his performance as “the perfect Hamlet.” In that production, Judi Dench was Gertrude and the handsome John Castle played Claudius. 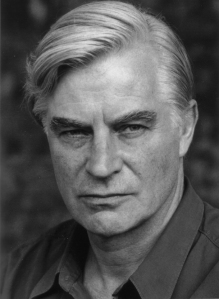 John Castle had many stage and screen roles. He is known to “I Claudius” fans as Agrippa Postumus.

A sexy Alan Bates with Glenn Close as Gertrude (1990). Makes me want to rent this one.

And then there was Kenneth Branagh’s Hamlet (1996). This is the only version I know of where both Hamlet and Claudius look Danish, with fair complexions and hair. A regal Derek Jacobi did the honors as Claudius, with Julie Christie as Gertrude.

Jacobi, one of my favorite actors. I love the little irony that his best role ever was as the “other” Claudius in the BBC series.

The 2000 film version used a modern setting and an interesting cast: Ethan Hawke as Hamlet opposite a creepy-sexy and surprisingly young Kyle Maclachlan as Claudius (notably, Bill Murray played Polonius). Reviews were mixed.

“Where is Polonius?” Kyle MacLachlan is Claudius in a business suit.

Jude Law played a full-throttle Hamlet in London (2008) and New York (2009). Claudius was Kevin R. McNally (interestingly, yet another I Claudius veteran, having played Castor back in 1976). Gertrude was Geraldine James. 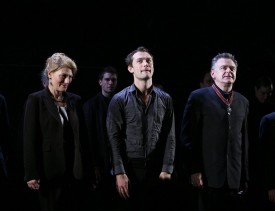 Geraldine James, Jude Law and Kevin R. McNally take a bow after a performance of Hamlet.

My roundup of Claudii would not be complete without two more entries. First, we mustn’t forget Scar, the wicked uncle delectably voiced by Jeremy Irons in The Lion King.

And then there’s that upcoming Hamlet in London with Ben Cumberbatch as the gloomy Dane. And who will be his nemesis? You already knew this, right?

Could the casting be any more perfect?

And regarding the drunkenness…

Have I missed your favorite Claudius? Let me know!!

22 thoughts on “Hyperion To A Satyr: Hamlet’s Sexy Uncle”