An American in Paris, Broadway, Gigi, The King and I

I’m not getting my Broadway fix this year, and the Great White Way is full of shows I’d love to see. I’m not sure whether I am writing this post to torture myself further or to savor the thought of all that pleasures that might have been. (And don’t even get me started on London). Here is my fantasy lineup of hot tickets:

An American in Paris: The NYT described this “Broadway Ballet” as “pure joy.” It’s a joint American-French production–very unusual.

Looks like Robert Fairchild, a lead dancer at the New York Ballet, gives the show a suitably Kellyesque athleticism. Click for source (Variety).

The Audience: Yes, Helen Mirren is playing the Queen too much. But I’d still love to be one of the lucky folk who get to see her Keep Calm and Carry On.

Bring on the corgis! Helen Mirren in “The Audience.” Click for source (Variety).

Gigi: This was dismissed by the NYT as “second tier material.” Are they nuts? It’s Lerner and Loewe. My only reservation is that without Louis Jourdain, I might be disappointed. Below: Corey Cott as a very Jourdain-esque Gaston, and Leslie Hudgens as Gigi. 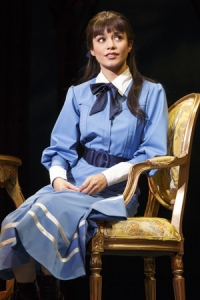 Fun Home: Back when the LSH and I were more into comics, I used to love reading Dykes To Watch Out For. Alison Bechdel has since won a MacArthur “Genius” award! 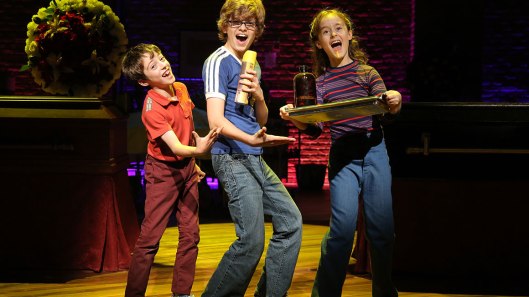 Hilarious memories of a dysfunctional family in “the first mainstream musical about a young lesbian.” Click for source.

The King and I: Can you tell I love classic musicals? There is a surfeit this season, but with beauteous Ken Watanabe as the King of Siam, you can’t go wrong.

Shall We Dance? Kelli O’Hara and Ken Watanabe polka. It’s one of the most romantic moments in any Broadway musical. Click for article from Vanity Fair.

Wolf Hall, Parts I and II: I haven’t watched the BBC show yet. I’m saving it for when I need a reinvigorating dose of Mark Rylance. This Royal Shakespeare production is said to be “the tastiest dish in town.” Maybe they were talking about Nathaniel Parker.

And for good measure, off Broadway I’d love to see The Belle of Belfast, an Irish Rep production about “a teenage girl’s sexual pursuit of an honorable priest in the hothouse of religion and politics that was Belfast in the 1980s.” 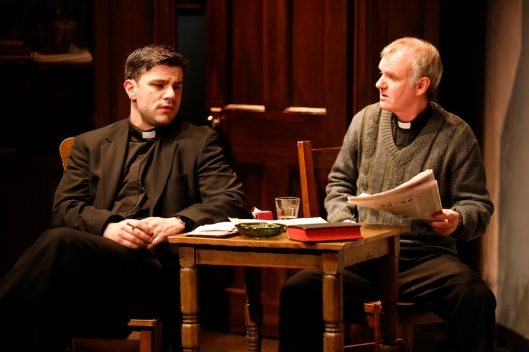 Sigh. So many shows and so little time. Wish me better luck next year!

8 thoughts on “The Shows I’m Missing”