This week’s chapter contains a hint about the mysterious past of Jonathan Sebelius. We learn something about Jennet’s background too. As a foil to Jonathan’s misogynist tendencies, I made her a forthright feminist, though a freethinking one. 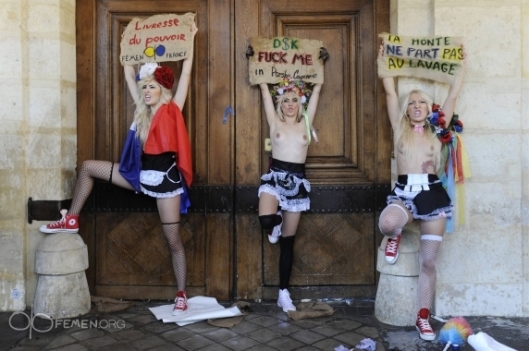 6. Thy Dear And Only Son

Jennet arrived home to find Kyle waiting for her in the kitchen. “Joel went to Switzerland on business, so I thought I’d come hang out with you this weekend,” he said. Kyle’s partner, Joel Cantor, worked for Citibank in New York and often traveled to the Swiss branch. “I made a frittata with chard, Italian sausage and feta,” he added. “Want some?”

“That sounds delicious, but I had a late meeting and then ate at Revels. Save me a slice for breakfast, though.” Kyle was a great cook. She gazed at him fondly, proud as always of what a handsome son she had produced. He was like his father: tall, solidly built, and capable of eating the entire frittata at one sitting— and then moving on to the other contents of the refrigerator. As a young boy, on the other hand, Kyle had been rather delicate. He was sure of his sexual orientation even before he hit puberty, and he’d had some difficult years at school because he chose to be open about it almost from the start. He was gregarious and funny, and those qualities together with his good looks won over most people. Still, he’d come home more than a few times with bruises and bloody noses. Whenever she swore furiously that she was going to call the principal, hound the parents of the bullies, sue the school, he’d said firmly, “No, Mom. I want to handle it on my own. I’ll let you know if it gets to be too much.”

Kyle had inherited her own instinct for political action, but he was far better than she at persuading people to his point of view. He’d started a Gay-Straight Alliance at his high school, much to the dismay of certain parents, and was active in student government all the way through college. Kyle said that Jennet inspired him. It was the greatest compliment she’d ever received. For years now, she had volunteered at Planned Parenthood and devoted much of her spare time to feminist causes, mostly to do with reproductive freedom in the U.S. and developing countries.

When he was younger, Kyle hadn’t at first understood her passionate support for girls’ and women’s access to contraception and abortion. “Mom,” he’d finally said, “Do you wish you didn’t have a baby? That… that you didn’t have me?”

“Kyle honey, I think every day about how glad I am that I have you. But I had a choice. Grandma and Grandpa helped me financially, and they let me choose. All over the world there are girls and women who don’t get to choose. Someone else makes decisions about their bodies, and it’s not right.” He was too young to be told that his grandmother, raped by a cousin during a Christmas holiday, had sought an illegal abortion and nearly died from it. Convinced that reproductive rights were nothing less than essential human rights, Jennet’s mother Gertrude had been a pioneering feminist in the seventies, and her daughter shared the same ideals.

Kyle was putting away his frittata with gusto as they sat at the kitchen table. “So, Mom,” he said slyly, pouring her a glass of Pinot Grigio, “Were you eating with someone at Revels? On a Friday evening?”

“Yes, a colleague from work. A particularly frustrating one.”

“A male colleague?” he coaxed.

“Yes, and I have to admit he’s attractive. Unfortunately, he’s famous all over campus for hating women.”

Kyle cut himself another generous slice of frittata. “Do you think he hates you?”

She considered this. “No… No, he doesn’t. But I’m not sure he likes me, either. He stares at me half the time, and the other half, he acts like I have leprosy.”

Her son chuckled. “He doesn’t hate you. Just don’t spook him. Be patient.” He scrutinized his mother critically. “And get a haircut.”

“Jonathan,” said Stefan Sebelius, with the special note of pleasure in his voice that he reserved for his son alone.

“Hi Dad,” said Jonathan. “I brought you a couple of weeks of the Sunday New York Times, some issues of The Progressive, and Ken Follett’s Pillars of the Earth. I think this is the one you asked for. Sorry I didn’t make it last week.”

“Sit down and tell me what’s been happening at work,” said Stefan. He knew that work was Jonathan’s whole life now, aside from fencing and his beloved book collection. “How goes the battle between Literature and Rhetoric?”

He was talking about the two competing graduate programs in English. One, encompassing the traditional M.A. and Ph.D. in English Literature, was Sebelius’ bailiwick, and the other was a trendier program in “Literacy and Rhetoric,” which viewed all texts as equally worthy of study. Jonathan, his father knew, thought Literacy and Rhetoric was a worthless waste of time. Why would anyone devote hours of contemplation to ephemeral television scripts, advertising copy, or city council minutes, when there were texts of real merit to be pondered, written about, and shared with students? Shakespeare. Milton. Chaucer. Spenser. Donne. Unfortunately, the Literacy and Rhetoric program was starting to attract more graduate students than Literature did, and Jonathan was locked in a constant battle for resources with his nemesis and counterpart, Bill Jenko, who coordinated the other program.

“My colleague Laura Livingston voted in favor of Gerhard Dahl getting tenure, and hers was the deciding vote at the department level,” reported Jonathan. “If it goes through the college, we’ll have more tenured Rhetoric faculty in the department than Literature faculty, and it’s only going to get worse.” Damn Livingston! Why in hell did she have to vote for Dahl? He had seriously reconsidered his friendship with her after she’d broken the news that, as far as she was concerned, Dahl met all the departmental requirements. At least she didn’t go behind my back. He respected Livingston, his only female friend, for her knowledge of seventeenth-century books. But she was far too naïve when it came to departmental politics.

“They’ve already ditched the requirement that all majors take Shakespeare and Chaucer,” he continued. “Pretty soon we’ll be offering courses about how to analyze grocery store receipts and the copy on cereal boxes.” His father shook his head, looking tired and worried. Jonathan immediately regretted his venting. “But I do have some good news to report. The new Classics professor has expertise in papyrology and has agreed to look at the document Farfar left me.” Farfar was Swedish for Grandpa, and it was the name they always used for Stefan’s father.

Stefan was too clever to reveal his reaction to this interesting news, but he cunningly asked, “And where did she go to school?” He was very proud of the fact that Jonathan had been educated at Duke University, which was first-rate in English Literature and had an NCAA Division I fencing team, and that his Ph.D. was from Yale.

“Michigan, I think,” said Jonathan, and when his father snorted, he said, “They have a well-known program in papyrology. I’m sure she has real expertise. She’s certainly published a lot.” It felt odd to be defending the Woman to his father.

“You haven’t shown it to her yet?” asked Stefan. He was scrutinizing Jonathan’s face, and he recognized emotion there. Something about this woman had affected him deeply.

“No, I only asked her to look at it on Friday.”

“Hmm. Well. She’s doing you quite a favor. You should do something for her in return.”

Jonathan looked at him suspiciously. “Such as?” He half expected his father to say he should ask the Woman to dinner. For years now, Dad had been dropping little comments about how he needed to find a female companion. Jonathan always ignored these remarks, and he thought Stefan had finally given up on that topic.

The old man raised his brown eyes to Jonathan’s light blue ones. “How should I know?” he said irascibly. “You’re the one with the Ph.D. Think of something.”

After Jonathan left, his father spent a long time looking out the window, contemplating the unknown woman.

Notes: Jennet has a little bit of me in her, but she’s based on someone I knew in graduate school, a woman who had a baby when she was very young herself, then went on to earn a Ph.D. in Classics as a single mom. Her son was named Kyle. As for Stefan, he’s my favorite secondary character in all my stories, a dark-eyed Swede (they exist!). He represents that hardy, commonsense Scandinavian stock who migrated to the Midwestern plains of the US in the nineteenth and early twentieth century. They produced a special breed of men–including the Long Suffering Husband.

Update: I added screen caps from The Eclipse to Chapter 5, illustrating the source for Jonathan’s fantasy. To see them, click on the link and scroll down to the end.