L’Heure Bleue is the period of twilight in the early morning and at dusk, when the diffusion of indirect sunlight creates a blue effect in the atmosphere. It is a time of mystery, romance and ambiguity. The perfume by Guerlain (1912) is said to capture this mood perfectly. Its opening spicy anise notes lead to a “powdery” floral heart of rose, carnation and violet, set in base notes of vanilla, tonka bean and iris.

Early morning in Paris! I love the bottle and label design.

L’Heure Bleue is a popular name for restaurants, like this one in the south of France. But in England, “the Blue Hour” was traditionally the time in the late afternoon before the pubs opened, when you couldn’t get a drink!

On Sunday Cynthia went to work and told Andy the whole sorry tale, sniffling a little, but managing to hold back a torrent of tears.

“My god,” said Andy, horrified. “I knew Leslie was a bitch, but I never dreamed… she’s been a colleague of mine at Parnell all this time. I feel terrible that I didn’t see this coming.”

“You warned me. You said Peter was there, in her office.”

“There’s more to this than we realize,” said Andy, frowning. “A piece of the puzzle is missing.”

Julie, the intern, walked in carrying a bud vase wrapped in gold tissue paper, with a single white rosebud that was beginning to open. “This came for you,” she told Cynthia, and handed her the small card.

She opened the card, which said only, Forgive me. “One rose? Should I even bother sending it back? Into the trash with it.”

“Wait a minute,” said Andy. “If I’m not mistaken, that’s a Lalique bud vase.” She lifted the vase out of the paper and pointed at the signature on the bottom. 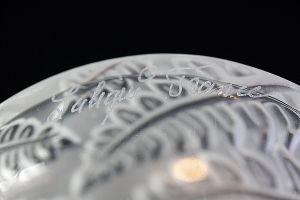 “Okay, I’ll empty the water, and send the vase back to his shop, rose and all. I have some bubble wrap at home. What I’d really love to do is smash this against the wall and send him an envelope full of fragments…”

“But you’re too much of a lady,” finished Andy, grinning.

On Monday the museum was closed, but Tuesday brought another offering: a small gift box in Tiffany’s signature aqua blue, wrapped in white ribbon.

Within was a drawstring pouch containing two drop earrings with large, pear-shaped aquamarines in white gold, bordered by small diamonds. The tiny card said, Please forgive me. Cynthia stared stonily at the offering, but Andy gasped when she saw it, and her reaction brought a gaggle of other female staff, who insisted on handling and admiring the jewels before Cynthia slid everything into a padded mailer. “I’ll mail this myself at lunch,” she said. “Overnight, with insurance.”

Shanae, the head of museum security, said, “Girl, you gonna give those back? You’re crazy! Keep ’em!”

Cynthia sighed. “They’re beautiful, but when a lady accepts a man’s gift after he… after he hurts her, it means she’s accepted his apology. And I haven’t.” Shanae shook her head. “If you really want to mess him up, keep the bling and refuse to see him. That’s what I would do. Besides, what did he do wrong? Cheat on you?”

“Girl!” The consensus in the office seemed to be in Peter’s favor, but they didn’t know the truth.

On Wednesday, there was much speculation about whether another package would arrive for Cynthia. When the parcel arrived, everyone who was free to leave his or her post trooped up the stairs behind Julie the intern. Cynthia winced when she saw them coming. “Just send it back, whatever it is,” she said.

She reluctantly removed the ribbon and lid from the rectangular aqua box to reveal a round velvet ring case inside. “Oh my god,” exclaimed several voices at once. Cynthia looked at Andy, who was smiling now. “Come on, Cyn,” she said. “You can’t keep us in suspense.”

She raised the lid. The white gold ring was set with a sizable square-cut sapphire in deep blue, and there were two smaller diamonds, one on each side. There was an eerie moment of silence before everyone started talking at once. Shanae insisted that it was an engagement ring, while Andy and Julie argued that it could simply be a cocktail ring. “Where’s the card?” someone finally asked, and Cynthia found a small enclosure card which had slid from the ribbon on the larger box. The handwritten message said, Marry me.

Peter’s proposal brought an even more delirious reaction until Cynthia cut into the hubbub, saying, “This is ridiculous. I’m not going to marry a man I barely know, and one who made a wager on whether he could get me into bed!”

“Is that what he did?” said Shanae. “Girl, if that’s all, you should shine it on. A proposal with a good ring behind it makes up for a stupid-ass trick like that any day.”

“Not in my book. I can’t marry someone who would do that. And besides,” she insisted, “he’s bullying me. This is all so public and embarrassing.”

“If you look at it from his perspective,” said Andy carefully, “he’s making it public to let the world know he’s done something wrong and he wants to take responsibility. It’s not to embarrass you,” she added. “Cyn, most women would revel in this.”

“Well, I think it’s just a stunt to get attention. And I’m not falling for it.” She wrapped up the ring. “This is costing me a bundle in postage, plus a lot of lost time.”

“It’s like the twelve days of Christmas,” said Martha, one of the secretaries. She was bouncing up and down with excitement. “First, one rose, then two earrings, now a ring with three stones. I bet tomorrow, it’ll be four of something.”

The next day, Thursday, brought a bulky package from a pet store. It turned out to hold four Go-Cat Teaser wands with extra feather attachments, and a “Luxury Cozy Cave” cat bed. The card said, Forgive me, Pussycat. Shanae was incredulous. “A cat bed?” she said contemptuously. “What kind of a present is that?”

“Actually,” said Cynthia, “I wish I could keep this one. I’ve been wanting to find some of these wands for my cat Ursula, and this is the kind of bed she likes.”

Friday’s offering was five hammered 14k gold bangles, from Strozzi’s, a local jewelry store. On the card was written: Cynthia was the first. With her eyes she captured me, a fool who had never before been touched by love.

“Poetry!” said Julie. “I love poetry. Did he write it himself?”

“No,” said Cynthia. “It’s a quote from the Roman poet Propertius. He loved a woman named Cynthia. She was his mistress, not his wife,” she added pointedly.

“But it’s a declaration of love. He’s saying he loves you,” said Julie. “Did he ever say it before?”

“Once. When he was extremely drunk.”

“In vino veritas,” said Andy. “Maybe you should go talk to him, at least.”

“No.” The gifts angered her. Peter was trying to buy her forgiveness. He couldn’t love her; she wasn’t the type of woman men like Peter married. If they ever did marry. No, he was trying to prove to himself that he could overcome any setback and still have her at his feet. She thought the Roman poetry was a nice touch, but she wouldn’t admit it. She doggedly packaged everything up, and once more left the Institute on her lunch hour to mail it back.

On Saturday there appeared a set of six Mikasa Arctic Lights crystal champagne flutes. “Wedding stuff!” crowed Shanae. “I know what’s coming next! Bubbly!” And sure enough, Sunday brought a delivery of seven pricey bottles of Krug 1998 vintage Champagne. This time there was another quote from Propertius on the card: It is impossible for me ever to love another, or to part from her. Cynthia was love’s beginning: Cynthia will be its end.

Notes: Most men lack the skill of selecting the perfect gift. Peter is different in that respect. He’s gone madly overboard of course, but he has a lot to make up for.

This is the second time I have written a male lead who screwed up in a big way, and then immediately asked the woman he had offended to marry him. (The first time was James Whelan in London Broil, who had a particularly pleasing way with a gift.) It comes from an autobiographical experience. In my case, the suitor received a resounding NO, and a good thing too. But I wonder if this is something men are in the habit of doing. There seems to be something very romantic, impetuous and male about it.