In the US, the pandemic has reached a new stage called F*** It. In this stage, everyone irresponsibly flocks to get haircuts, sunbathe on the beaches, and restock the liquor cabinet. Home improvement stores are packed. Nothing has actually changed in terms of the virus running rampant. And we still don’t have tests. But fear has a funny way of wearing off when there is no tangible threat. Our species evolved to fear wolves, sharks and snakes, not viruses.

And so I ventured out to the grocery store again. I arrived as soon as the senior hour was over, at 7:00am sharp, and found the place mostly empty. I wore a mask, and filled my cart. Most of the shelves were stocked. I’m still worried about the supply chain for produce, because the hard-working folks who pick our fruits and vegetables are not immune to the virus. But I was glad to find bell peppers, kale, navel oranges, grapes, and the Long Suffering Husband’s favorite melons.

The fresh fruit and veg arrived not a moment too soon, because complex carbohydrates were taking over my house.

Crackers made from sourdough discard. 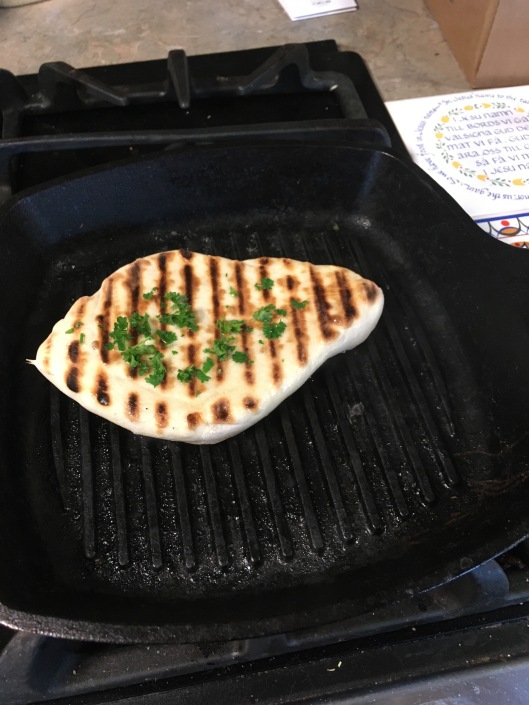 Grilled flatbread brushed with butter and garnished with parsley.

And wonder of wonders, THIS:

You’re probably more than ready to cancel sourdough by now, unless you happen to be  an enthusiast. But if you can stand one more testimonial, I’m here to say that it’s shockingly good. Yes, it’s a lot of work, and it took more than a month of feedings for my starter to wake up. Suddenly I understand why people name their starters. I haven’t gone that gaga, but I admit that I think of it differently ever since it changed, one day, and took on a strange new texture… like frog spawn.

The internet is full of “helpful” instructions on starter, but my experience matched almost none of the rules. For example:

Don’t use chlorinated (tap) water because it will kill your wild yeast. I used tap water and it worked just fine.

The starter will smell like dirty socks and be an icky mess at first. Mine was never icky, and it always smelled pleasant, sour and fruity. Never funky.

You can’t use the starter for bread until it doubles in size when fed. Mine never doubled in size, but the bread it made rose higher than any I’ve baked with commercial yeast.

I used this recipe from King Arthur Flour and baked the dough in my Dutch oven. I thought it would turn out something like the no-knead bread I have made in the past, which yielded chewy, peasant-style boules, hearty and not terribly high-rising. I was shocked when I pulled the sourdough loaf from the oven and found it had nearly touched the lid of the Dutch oven! 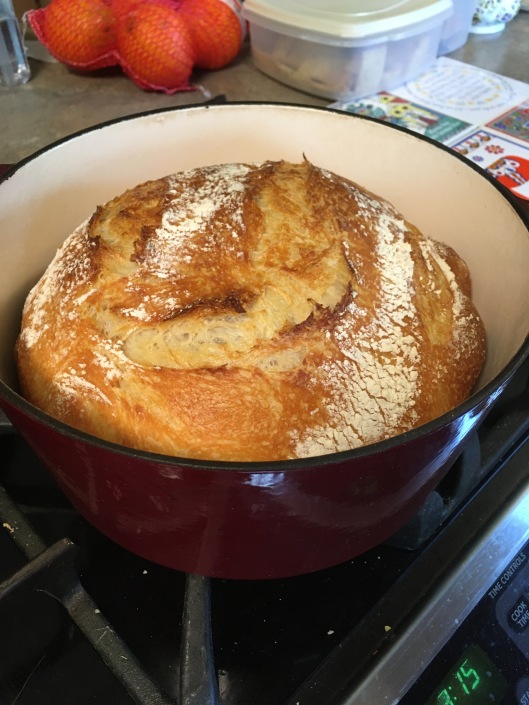 The bread itself is feathery light and soft inside, so tender that it’s difficult to cut. The crust is crispy but not tough, and the loaf has a delightful aroma that is almost buttery, and only slightly tangy.

Hard to argue with this.

I had to freeze most of it because I was gaining too much weight from all the carbs we’ve had over the past month. And I put the starter into hibernation, to be fed only once a week. But I am hooked. Will I be able to do it again? I have no idea, but once you’ve tasted bread like this, it’s hard to abandon the technique.

I admit I’ve pondered names for my newborn starter: 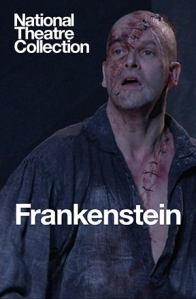 “Jonny” for Jonny Lee Miller as the Creature. 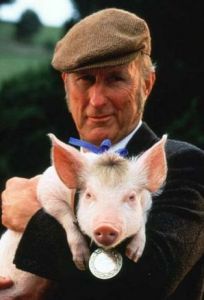 “Pig” (not Babe) because when it came out of the oven, I wanted to say “That’ll do, pig, that’ll do”

10 thoughts on “The Pandemic Palate 3”