I didn’t see Beowulf in a cinema, so I missed out on the eye-popping spectacle of a 3-D naked Angelina Jolie, looking like Shirley Eaton in Goldfinger. 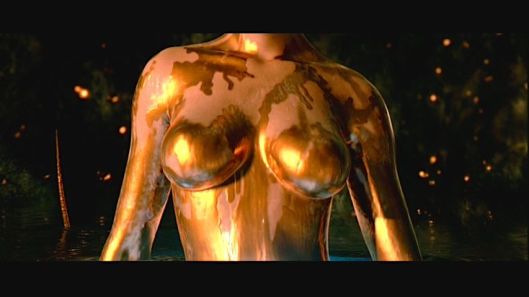 Who knew that Grendel’s mother was a webcam model? 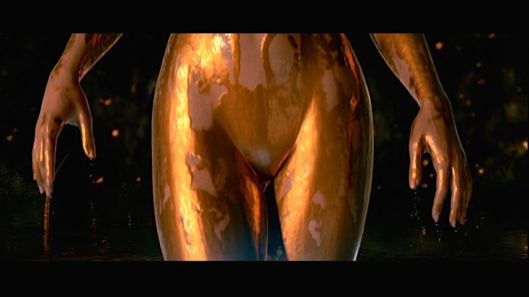 It isn’t quite clear how Grendel’s mother managed to give birth, since she has no vajayjay. 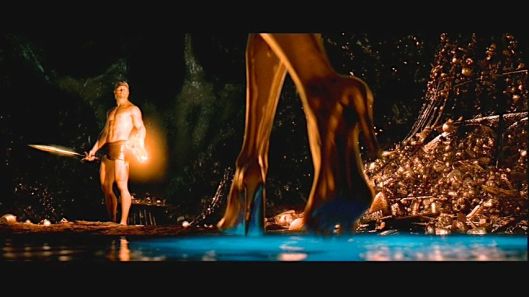 On the other hand, she comes with built-in spike heels. And a Transylvanian accent.

I thought it was a shame that Neil Gaiman and Roger Avary felt compelled to change the story so dramatically, turning Grendel’s mother into a seductress and stripping Beowulf of one of his great victories. While we’re on the subject of stripping Beowulf, I found it highly amusing that the animators decided to have Beowulf fight Grendel naked. However unlikely, this is one kind of change I can get on board with. But they were very careful to make sure we never see any naughty bits. In fact, when one slows down the film to take screen caps, it is questionable whether Beowulf even has bits. (The physical model for Beowulf, Alan Ritchson, definitely has bits. So does Ray Winstone, who provided Beowulf’s voice.) 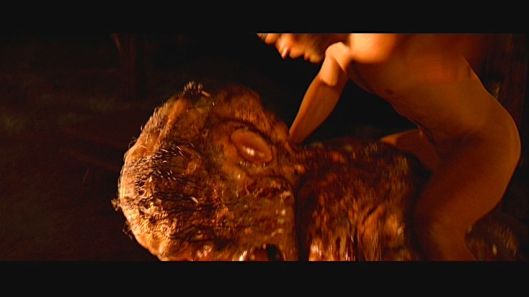 Well, after all, the poem says that he fights Grendel “without a weapon.” Come to think of it, I’m not sure Grendel has anything between his legs either.

Beowulf’s nudity allows for some entertaining visual jokes, this being my favorite… 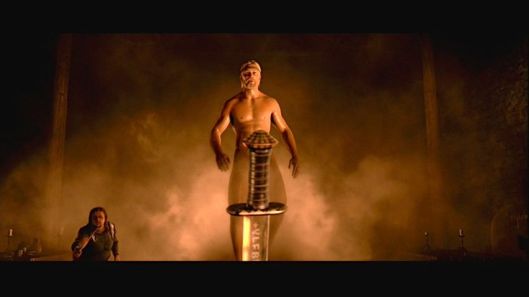 They pushed this one to the hilt.

Did you ever wonder why military helmets often have those thingies sticking up on top? Clearly, they’re symbolic. 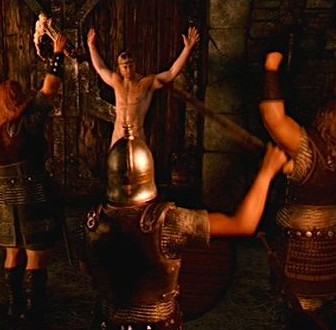 And finally, there’s this creative “upshot,” in the scene where Beowulf breaks’ Grendel’s arm off. 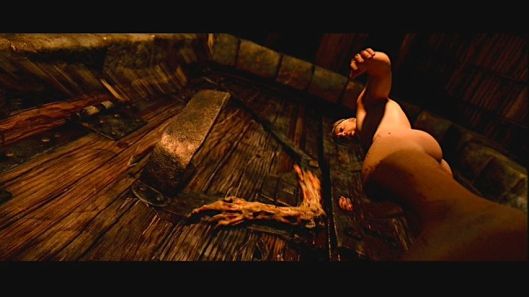 Beowulf is quite a cheeky fellow.

I was impressed with the animation in this movie. It uses the “motion capture” technique where they have real actors walking around playing the roles, but wearing suits with sensors to track their movements. Motion capture doesn’t record faces, yet the CG faces of the animated characters were strikingly similar to their real-life models. At times, the action appears to be live, though some types of movement still don’t look realistic (this was especially apparent in the swimming scenes). 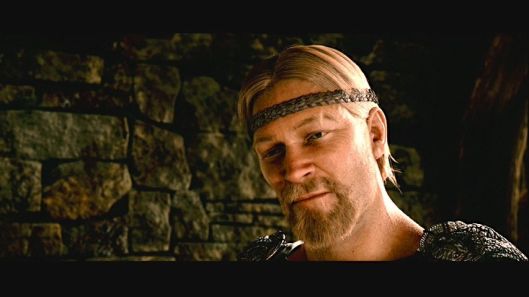 Beowulf looks great in or out of his clothes. 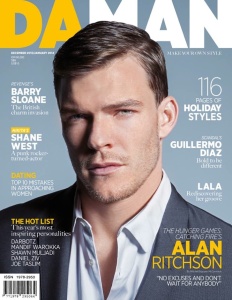 Other recognizable actors included Anthony Hopkins as Hrothgar and Robin Wright Penn as his queen Wealhtheow. My favorite was Brendan Gleeson as Beowulf’s boon companion Wiglaf. 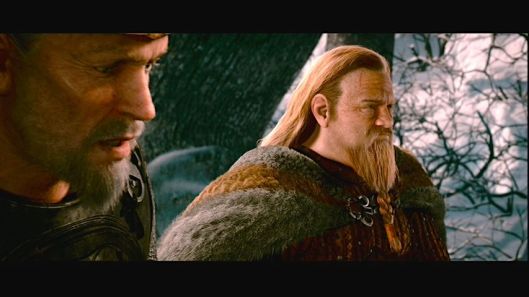 Overall, I enjoyed this more than I expected to. Beowulf is easy on the eyes and suitably heroic. I worry that kids who see this will come away with a distorted understanding of the original, yet the changes strengthen the roles of the female characters, and add to the narrative interest of the tale. 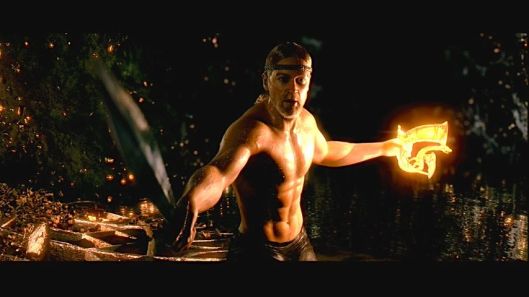 Beowulf in the cave of Grendel’s mother.

I was pleased to see that Beowulf’s spectacular body is not a pumped up, comic-book style computer-generated fantasy, but accurately reflects its real life model. 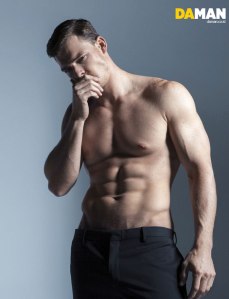 Which brings up the question of whom they used for Angelina Jolie’s body. According to IMDb it was fashion model Rachel Bernstein, who nevertheless seems to have received a certain amount of… augmentation in the CG process. To say nothing of what they took away.