This week’s chapter is about reexamining articles of faith, the ones that shape our perception of the world and ourselves. So many people cling to ancient grudges, wounds, and prejudices. Giving them up can be very difficult indeed, but Socrates was right to warn against the unexamined life. After all, we don’t live forever. 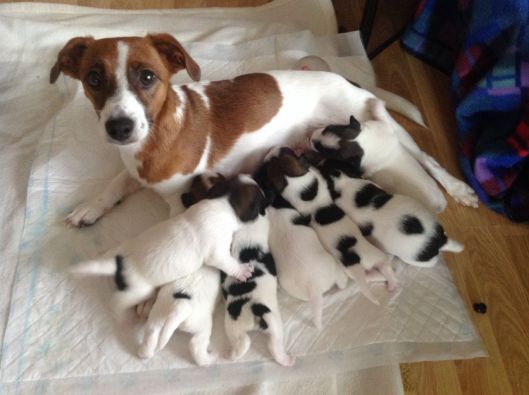 Sebelius looked at Lynn Melton, trying to keep his face neutral. She’d summoned him to her office, and shut the door, something that always unnerved him.

“Jonny, Bill Jenko’s coming after you. He approached someone —twice now— and tried to get her to file a sex discrimination claim against you.” She paused as though to gauge his reaction, and then went on, “I just wanted you to know. I have full confidence in you, but… be careful.”

“And this… individual he spoke to. Was she inclined to go along with his plan?” he asked carefully. He thought he had an idea who it might be. Lynn made a gesture of negation.

“Oh no. She said it was disgusting, what he was trying to do. She was quite… emphatic on the subject.”

The lump of cold lead that had been forming in his chest eased and dissolved. It was Jennet. It had to be. Jenko must have approached her about the tenure files.

“Of course. But Swetnam’s fifth law of fencing is to keep space. Do not charge thy enemy either rashly or furiously, for hastinesse is foolishness.”

“Livingston skyped me from New York,” he reported. “Dahl told her the graduate review’s being fixed. They’re selling the three Rhetoric reviewers a bill of goods about how the Rhetoric program’s about to be shut down. She gave me a smoking gun, too. An email.”

“Yes, it all makes sense now.” Growing more excited, Lynn told him about the planned departmental reconfiguration, how the Rhetoric faction was plotting to do away once and for all with the Literature program and turn itself into an elite, graduate-only School. “So when the Ph.D. review report comes back in early Spring, they’ll make their move. I had a long talk with Michael Templeton, and he thinks we should act before then, but after the reviewers finish up their campus visit next week. We could use that email, if you’ll share it. Will you be around late next week, in case I need you?”

“Yes, I’m going to New York for the weekend, but I’ll be back on Monday. I have… an errand that’s long overdue.”

Sebelius sat in his Land Rover across the street from a brownstone in Park Slope. He’d been there for hours, and he was freezing, having frugally decided not to keep the heat on while he waited. He was getting hungry, too. Soon he would need to find something to eat, and a restroom. For the hundredth time, he asked himself what he was doing here.

Deep within the landscape of Jonathan Sebelius’ heart, there stood a cold marble mausoleum, where he had buried his love for Lorraine Peters. Lorraine Sebelius, he reminded himself. His former wife. He was a pathetic specimen: a one-woman man whose woman was lost. Forever.

Telling Jennet Thorne the story had caused a seismic reaction inside him, one that he hardly knew how to sustain. He’d felt the tears welling up, and knew he had to get out of her house quickly, before he humiliated himself by weeping in front of her like a helpless infant. But Jennet’s last words had preyed on his mind. What happened to her? Where is she now?

He didn’t know the answer to those questions. After the duel, and the debacle of the Olympic tryouts, he’d gone from part-time to full-time at Yale, and thrown himself into his graduate studies, trying desperately to avoid thinking about the past. He remembered, vaguely, hearing a story that Lorraine had settled down with Thom Johansson, one of the many men she’d slept with while he, Jonathan, lived in his fool’s paradise, laboring under the delusion that she loved him.

He did some Googling, and after further exploration on Facebook, he found her page. Lorraine’s profile picture was of a Jack Russell terrier puppy, which wasn’t helpful, but at least he was able to see that she’d married Johansson, had two kids, and was living in New York. A sudden, powerful impulse gripped him to see her again. He didn’t want to speak to her. He wanted to lay his eyes on her, and to learn whether he would again feel the magnetic, irresistible power she had over him. The aching, overwhelming desire that had made him her slave. For the most part, he abhorred the very idea of exposing himself to those feelings again, but a small fragment of his heart, at home in that cold marble tomb, still yearned for its cruel, beautiful mistress.

Across the street, the door of the brownstone opened, and two small dogs raced out on leashes, followed by a plump older woman in leggings and a long tunic. He looked up, tense with excitement, but rapidly lost interest as he saw that it wasn’t Lorraine. The woman proceeded down the street with the dogs pulling eagerly at their leashes

He sat for another minute or two, feeling hunger pangs and wondering whether the “Baricelli’s” sign he saw down the street was a deli. Suddenly he froze. The small dogs had been white and brown terriers with floppy ears. They were Jack Russells. No. That’s impossible.

He got out of the car, locked the doors, and began walking rapidly down the street. She was almost out of sight now. He increased his pace, his eyes on the form of the woman. Her hair was a much lighter shade than Lorraine’s had been, but that didn’t mean anything. She was the same height. As he approached, the dogs reached a small green space where a few park benches were set among newly planted saplings. They both relieved themselves, and the woman used plastic bags to pick up their droppings. He stopped and pretended to be looking in a shop window as she seated herself on one of the benches, and then he glanced surreptitiously at her face.

It was Lorraine. She was about twenty pounds heavier, and she looked far older than he remembered. Somehow, he’d never pictured her like this. She had remained perfect and unaging in his mind’s eye. I must look older too, he realized. We were in our twenties, after all. I could probably walk right past her and she wouldn’t recognize me.

He took another look, testing to see whether the feelings were still there. His heart was beating fast in expectation. Then, Lorraine glanced up and her eyes fell on him. She stared at him, and he knew the exact moment she recognized him. Her mouth made an “O” shape, and she stood up and called his name. “Jonny? Is that you?”

He walked over to the park bench. “Hello, Lorraine.” She had a lot of makeup on. He didn’t remember that.

“How long has it been?” she said, smiling uncertainly. “Gosh. It’s more than fifteen years. What brings you here?”

“I have some friends in the neighborhood,” he lied. “I was just getting some air.”

“I live down the street. Whaddya know,” said Lorraine. She told him she was married, and had two children, both boys. Thom was a stockbroker. She worked as a receptionist part time, and liked Dancing With the Stars. “And how about you, Jonny? How’d your life turn out? You haven’t changed a bit,” she said, marveling. “I would have known you anywhere.” She looked a little wistful.

“I teach English in Pennsylvania. A couple of hours from here. I’ve had a good life,” he said. “It was nice to see you, Lorraine. Give Thom my regards.”

He walked back to Baricelli’s, which turned out to be a deli, and ordered a corned beef sandwich and potato chips with a Dr. Brown’s soda. As he ate, he tried to come to terms with what had just happened. He’d seen Lorraine, and talked to her. A pleasant, brief conversation. He felt nothing for her, not even anger. She might as well have been a stranger. Was this the idol he had set up in his heart, the woman whose loss he had mourned so deeply? Did I ever really love her? If he loved Lorraine, her weight and age should have made no difference. Beneath those superficial aspects of her appearance, he would have been moved by her essence, the part of her that called to him. But there was nothing. Perhaps the idol in his heart was nothing more than his own anger and humiliation, nursed these many years. As he sat in the deli, the cold inward monument of his love for Lorraine quivered, crumbled, and collapsed into dust.

He walked for a long time in the frigid air, finally making his way to Brooklyn Bridge Park. He reached behind his neck to release the clasp on the heavy chain he had worn for sixteen years, and slid Lorraine’s gold wedding ring over the end. He threw the ring into the East River, then spotted an elderly man sitting on a bench in the park, someone who looked like he could use a break. “Hey buddy,” he said, tapping the man on the shoulder. “This chain is gold. You can have it.”

The man looked up, surprised. “You for real? Thanks!” He took the chain and hurried off, as though afraid Jonathan might change his mind.

Walking back to his car, he decided there was one more thing he needed to do.

Notes: Have you ever had the experience of meeting an old lover, years later–one you were absolutely mad for, once upon a time? I tried to capture that feeling of trepidation and excitement, Jonathan’s expectation that the old, addictive drug would be as powerful as ever. He had to face up to the feelings of vulnerability that Lorraine induced in him, and to learn whether his heart still belonged to her, before he could take his next step…