“There are few people in England, I suppose, who have more true enjoyment of music than myself, or a better natural taste. If I had ever learnt, I should have been a great proficient. And so would Anne, if her health had allowed her to play. I am confident that she would have performed delightfully.” -Lady Catherine de Bourgh in Pride and Prejudice 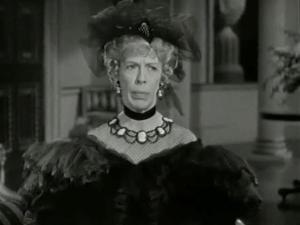 Edna May Oliver as Lady Catherine (1940)

The wisdom of Lady Catherine de Bourgh has always been a great comfort to me. With her help, I have convinced myself that

To say nothing of what I could have accomplished, had I learned calculus, Chinese, HTML, juggling, or necromancy. Such wasted potential!

Similar to the De Bourgh Principle is the Contender Principle, which is applied when someone shows early promise but is cruelly deprived of a chance at greatness.

The Contender Principle, I have noticed, is mainly invoked by men in sporting contexts. Thus a friend of mine recently told me that, based on his performance in third grade, he could have led the Dutch Eleven to a World Cup victory in 1978, if only he hadn’t been forced to move to America in the early 1960s, where nobody had heard of soccer.

10 thoughts on “The De Bourgh Principle”