I just had a minor musical epiphany, one of those times you sit in the parking space or the driveway, unable to get out of the car because you absolutely must hear the rest of the song. In this case the song itself was a favorite of mine, “Mountain Greenery” by Rodgers and Hart (1926). It’s an ode to the delights of getting away from it all, just the two of you. The tune is a sprightly, peppy one, and the lyrics with their internal rhyme amply display the genius of Lorenz Hart. Who else would rhyme “keener re-” with “beanery,” and “lover let” with “coverlet”?

On the first of May, it is moving day,
Spring is here, so blow your job,
Throw your job away!

Now’s the time to trust to your wanderlust,
In the city’s dust you wait. Must you wait?
Just you wait and see…

In a mountain greenery where God paints the scenery
Just two crazy people together.

While you love your lover, let blue skies be your coverlet,
If it rains we’ll laugh at the weather

And if you’re good, I’ll search for wood,
So you can cook… while I stand looking.

Beans could get no keener reception in a beanery
Bless our mountain greenery home!

In a mountain greenery where God paints the scenery
Just two crazy people together.

Mosquitoes here won’t bite you, dear
I’ll let them sting me on the finger!

We could find no finer retreat from life’s machinery
Than our mountain greenery home.

Previously, I always believed that Mel Tormé owned this song. His 1956 version from Mel Tormé’s Finest Hour is masterful. 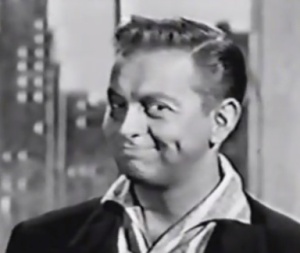 What surprised me greatly was that my parking lot epiphany involved an instrumental version of the song. The fingers of the mystery man at the piano flew over the keys, his touch light as a feather and swift as a dragonfly. First I was reminded of Rimsky-Korsakov’s “Flight of the Bumblebee.” Then I thought that maybe someone had resurrected Bach from a bit of DNA and set him at the piano after pumping him full of amphetamines. It was that amazing. 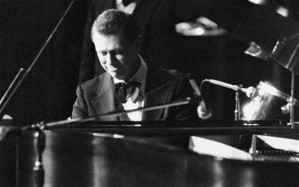 Paul Smith at the piano. Source: telegraph.co.uk. Click for another article on his legacy.

The mysterious virtuoso turned out to be Paul Smith, who (as I learned upon Googling him) died in June at the age of 91. The obituary says that he “gained a following for his prodigious technique and his lighthearted approach.” Yep. My kinda guy. How sad that I didn’t know about him until after his death! But I was comforted by the realization that he’s been with me all along. Yes, for twenty years he was the accompanist for the great Ella Fitzgerald. Now I will have the pleasure of investigating his solo albums.

Beautiful Man, thanks for the moment and the music!