Yes, ladies and gentlemen, it’s Dairy Products Gone Bad. Back in the 90’s, the Long Suffering Husband and I were active collectors of alternative comics, the ones that aren’t put out by Marvel and typically lack superheroes of any ilk.

I recall one favorite in particular, drawn by the wonderfully-named Evan Dorkin. It featured the anti-heroes Milk and Cheese, who had Gone Bad in the worst way, guzzling mass quantities of gin, wielding broken bottles, and succumbing to dark, megalomaniac fantasies.

Photos by Linnet from her voluminous collection.

In spite of (or because of?) my love of law-abiding creamy dairy products, their evil twins also exert a strange fascination over me. I always keep an eye out for that illicit unpasteurized cheese… and I’m a total sucker for any dairy product that is Bad For You.

Alas, the comics collection is stored away in archival sleeves and boxes now, and only rarely savored or added to. But I still keep an eye on Fantagraphics, Dark Horse, Drawn and Quarterly, and other worthy independent publishers.

We’ll let Milk and Cheese speak for themselves a bit more… click to enlarge.

Now, I always felt that in spite of the bad-boy rowdiness of Milk and Cheese, their crime sprees were being guided by an unseen hand. Yes, it was blindingly obvious that the baddest-for-you, most evil criminal mastermind was conspicuously absent, like an unseen Professor Moriarty, plotting his nefarious schemes behind the cover provided by Milk and Cheese. 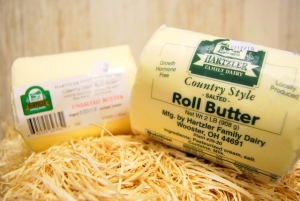 Milk and Cheese is written and drawn by Evan Dorkin. With a name like that, I’m amazed that Evan made it through high school alive, but I’m very glad he did.

I’m particularly fond of Evan because he was born in the same year as me. And he’s cute! Don’t look now, Evan, but you’re a Beautiful Man! Source: Wikipedia

Hardcover of Milk and Cheese from Amazon: A carton of hate. A wedge of spite. A comic book of idiotic genius. The Eisner Award-winning dairy duo returns in this deluxe hardcover collecting every single, stupid Milk and Cheese comic ever made from 1989-2010 along with a sh*t-ton of supplemental awesomeness. This has everything you need! Don”t judge it – love it! Or else!